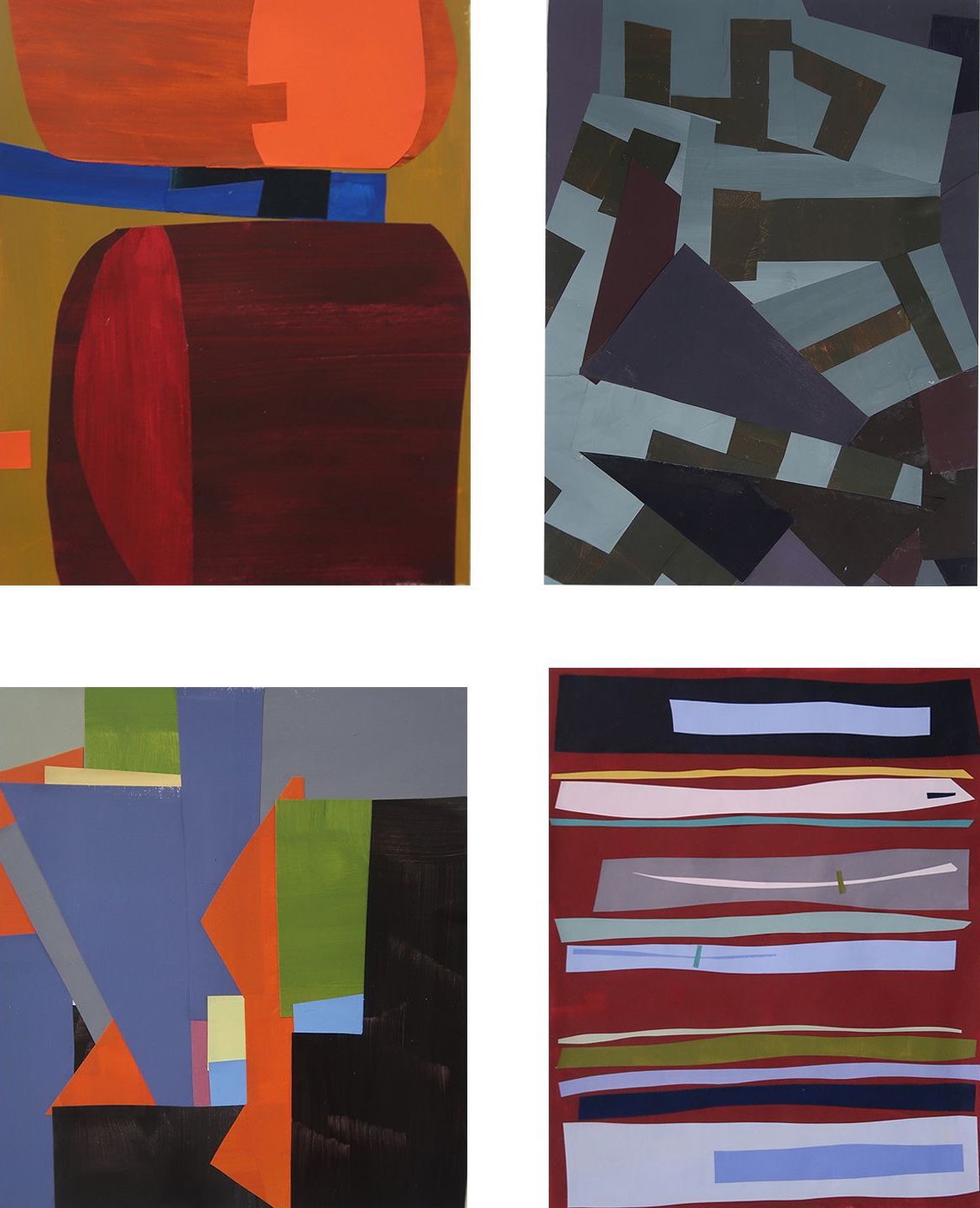 COURSE OVERVIEW • 5 Day Workshop
In the last years of his life, Henri Matisse abandoned painting to make cut paper collages that were highly experimental and brought together everything he learned about color and design over the previous decades. These cutouts have influenced subsequent generations of artists and designers, serving as a primer in shape-making and other critical formal concepts like figure/ ground, progression, proportional relationships and color.

In this online course you will use colored papers and simple gluing techniques to explore Matisse’s visual language under the guidance of an experienced “artist/teacher.” Each day brings a new assignment designed to challenge you creatively and conceptually. Studies will be small in scale (under 11 x 8.5”) and numerous, with an emphasis on visual experimentation, rather than on the production of finished works. As the connection between cut paper collage and quilt making is clear, this course should be useful to textile artists.

On class days, students should expect to spend the day working on their assignments and attending meetings between 9am and 5pm EST. Students will not be required to spend the majority of their time in front of their screens. Each course is optimized to create a balance of screen time and work time.

MORE ABOUT THIS COURSE

MORNING MEETING
Each day will begin at 9am on Zoom with a PowerPoint presentation followed by the new assignment -- with a demonstration when appropriate. In this morning meeting, there will be time for questions and answers from the group. Although it might vary from day to day, the morning meeting will take around 60-90 minutes.

WORK-TIME
After that, you will be left to make the work throughout the day until 3:30 pm. If you have questions during the work period, you will be able to post them for David, who will be checking his inbox every half hour for issues that may arise.

AFTERNOON MEETING
At 3:30 pm, the class will reconvene to look at the work and discuss. Each person's work will be displayed in turns, and David will provide helpful feedback. You will also learn how to photograph and submit your work on the first day. The day ends at 5 pm.

David Hornung has taught painting, drawing, and color at a number of art schools and universities, including Indiana University, Parsons, Pratt, Skidmore College, Brooklyn College, the Rhode Island School of Design, and Adelphi University. The first edition of his book Color: A Workshop for Artists and Designers was published in 2004 by Laurence King Publishing Ltd. in London. An American version was distributed in the same year by McGraw-Hill. The second edition, published in 2012, is currently being sold internationally and has been translated into French, Spanish, Polish, Korean, and Japanese. He resides in Brooklyn, New York.
WHO WE ARE
The Schweinfurth Art Center is a multi-arts organization known for our workshops and classes, including the Quilting by the Lake conference.
FEATURED LINK
GET IN TOUCH
CONNECT US
Login or sign up to start learning
Start learning
or
Sign up to !
or
click to upload avatar
I accept the Terms & Conditions
I would like to receive news, tips and tricks, and other promotional material
Start your learning journey
Sign in with your account Forgot your password?
Get a brand new password!
OK
cancel
Get a brand new password!
OK
cancel